This year’s semi-final moot concerned the charge of Police Officer, Detective Constable Crook, with the offence of extortion.  The EDLS team comprised of Rashied Edgecombe, Cyd Ferguson, and Palincia Hunter defended the officer and successfully procured a not guilty verdict for their client.  However, opponents from the Hugh Wooding Law School narrowly edged out the EDLS team on points and were awarded the competition by the assessors.  The assessors commended the students on the level of court skill and competence displayed and remarked that the standard was very high.

All of the team members agree that participating in the Margaret Forte Inter-Schools Moot was a valuable experience.  Our coach, Mrs. Carla Card-Stubbs equipped us with the necessary reading material and resources to ensure that the team was fluent in the principles of trial advocacy. We endured many hours of drills on objections, the rules of evidence, examination-in-chief questions, cross-examination techniques etc.

Few law school students can say that they had a one on one experience with some of the best attorneys in The Bahamas and Jamaica. While training at home, we sought advice and assistance from Hon. Justice Ian Winder, Mr. Murrio Ducille, Mr. Clive Guy and Mrs. Tonya Bastian Galanis.   While in Jamaica, Mr. Peter Champagnie and Mr. Derek Harrison advised and guided us. Not only were we able to create relationships with notable attorneys but we forged great relationships with each other and with our coach.  Our team worked well together. We laughed together, toiled together and learnt that “sleep is just a concept”!

Palincia Hunter who acted as instructing counsel says that “Although it may sound cliché, participating in the Margaret Forte Inter- Schools’ Moot was truly an unforgettable experience.  The experience was truly enriching.” Cyd Ferguson, one of the advocates, agrees.  She thinks that, “participating in the Margaret Forte Mooting Competition was such an invaluable experience. I have grown 100% from where I started and I am confident that the advocacy skills learnt will be put to great use during my legal career.”  Rashied Edgecombe, the other of the two advocates, adds that “this experience has been the highlight of my time at the Law school. … It is an experience that I will take with me, everywhere I go, in everything I do.”

Coach Card-Stubbs made the following comments.  “It is with great pride that I watched Cyd, Rashied and Palincia represent us in Jamaica.   The judges were complimentary, as were many many others, about the EDLS team’s performance.  I know that it was an amazing experience for them. They were guided one-on-one by top lawyers in The Bahamas and Jamaica.  At the end of the competition, one of the consultant lawyers reminded the team that in the world of the court, a not guilty verdict is what counts! And he congratulated our team as winners.  So I am confident that we are preparing our students for the real world.  I know that they endured many many arduous hours of preparation and I congratulate them for staying the course and making us proud.  They should be very proud of themselves!”

The team expresses its thanks to all tutors and members of staff of the EDLS family who supported and accommodated them on their journey.  They thank all those students who encouraged them.  Specifically, they thank Principal Tonya Bastian Galanis for accommodating their requests and for her daily encouragement and prayers. They thank her for letting them know that she was proud of them whether they won or lost.

The team has some final words for the coach, Mrs. Card-Stubbs.  “To our coach Mrs. Carla Card-Stubbs, thank you for going above and beyond. Thank you for all the times that you said ‘oh Jesus, you guys are scaring me’ which caused us to buckle down and focus. Thank you for all the meals and pep talks. Most importantly, thank you for wanting to know who we were outside of law school and for being there for us every step of the way. We are forever indebted and grateful to you.”  Palincia Hunter captures the sentiments of the entire team when she says, “I will truly miss Team Shady Bunch.” The team thinks they heard Mrs. Card-Stubbs say, “me too”! 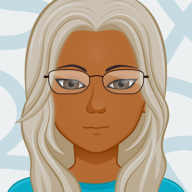